U.S. Congressman Patrick McHenry, the U.S. Representative for North Carolina’s 10th congressional district, paid a visit to Network Integrity Systems (NIS) yesterday as part of his ongoing effort to gain an understanding of the companies and technologies in his district and the markets they represent. 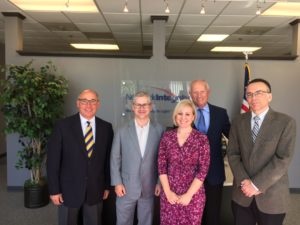 Congressman McHenry’s visit to NIS lasted approximately one hour during which he received an overview of the company, our products and our market. The Congressman toured the NIS facility and received a demonstration highlighting the ease at which a criminal can tap an optical fiber and then recompile the captured data into a meaningful format.